How to create Teams (video)

Teams work like individual dashboards.  They are a place to aggregate tasks from different matters in a single place.  The primary difference between a user's dashboard and a team is that all members of a team share the same view of tasks and columns.

In order to create a team, head to settings > organization and teams.

From this screen you can view the status of all teams in your organization, join open teams, manage membership for any invite only teams for which you're a member, and can create a new team.

To create a new team, select Create Team from the top right.   You'll be provided with a simple dialogue box:

The only settings are Team Name, and whether the team is open (anyone in your organization can join or leave the team) or invite only (you have to select the users who can join the team, and can set administrators to share control).

Once a team has been created you can manage its settings in the newly created table view:

Note, even though this is an "open" team, you can still add members manually.  However, users can also add or remove themselves.  You can also make someone else an administrator of a team (allowing them to add or remove users) or revoke that permission: Working with a Team Board

Once you've created your team, you can send a task to the team by assigning it inside the task window.  Simply open the "Assigned Teams" dropdown, and select your new team: The task will now be copied to the Team's "inbox" column and can be moved wherever you would like on the team board.

By default, a team, like any other board, will only have "inbox" and "done" columns.  But, your team can setup any workflow that makes sense.  When you access a task from the team board, you will be able to see its location on the matter board as well as on your personal dashboard.  We don't show location on a team board as a task could be assigned to multiple teams, and so it is moved on the team's board by interacting with it on the board itself. It can have various statuses on multiple teams, a different status on the matter, and different statuses for every user on their personal dashboard depending on their preferences and workflow. 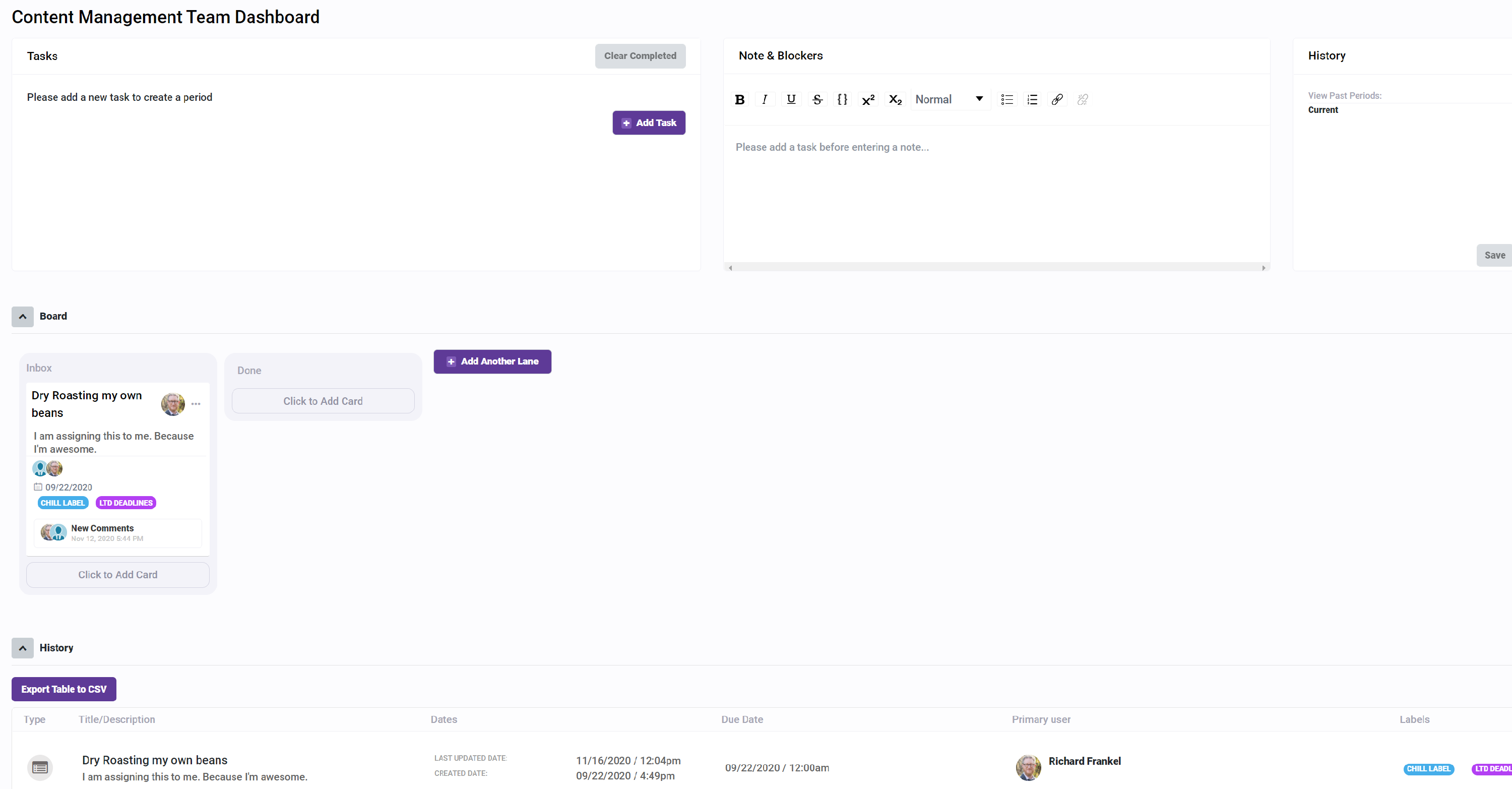 The team also has a Task-period journal, just like individual dashboards.  But, the entire team can add to and manage todos and histories.  This way the team can set overarching goals, identify tricks to improve workflow, and find bottlenecks standing in their way.