Dendri allows you to create powerful workflows by setting up automations in the customization settings. This is a growing feature, and we are continually adding triggers and actions based on user feedback.

As of the time of writing (7/13/21), the following is an up-to-date guide on automation workflows.

Many of the features are the same between both. The key difference is that a "manual" automation allows you to feed information into the automation at the time you trigger it. So for example, if you have a workflow of tasks and events that you need to populate when you get a trial date, or when you sign a new client up and get their initial paperwork back, you would use a manual automation, as that would allow you to insert the trigger date (date of the trial for example) and allow Dendri to calculate the dates for all other tasks and events.

From the customization menu under settings, navigate to the automation screen, which looks like this: 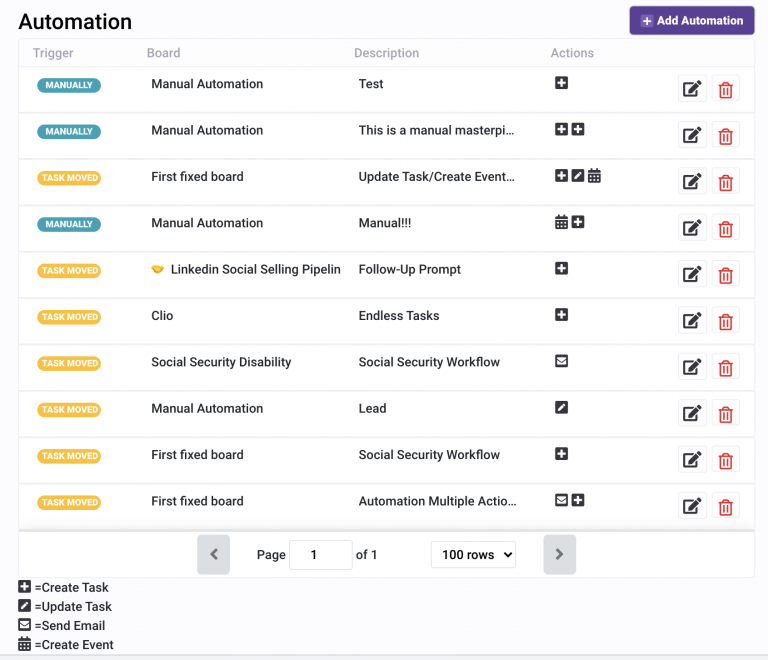 This screen gives you a quick table of all of your active automations as well as the primary trigger and actions for each (they key at the bottom shows you what actions are carried out.

In the automation modal, we've used natural language to explain what your automation is doing as you build it. For example, this manual automation provides the following: 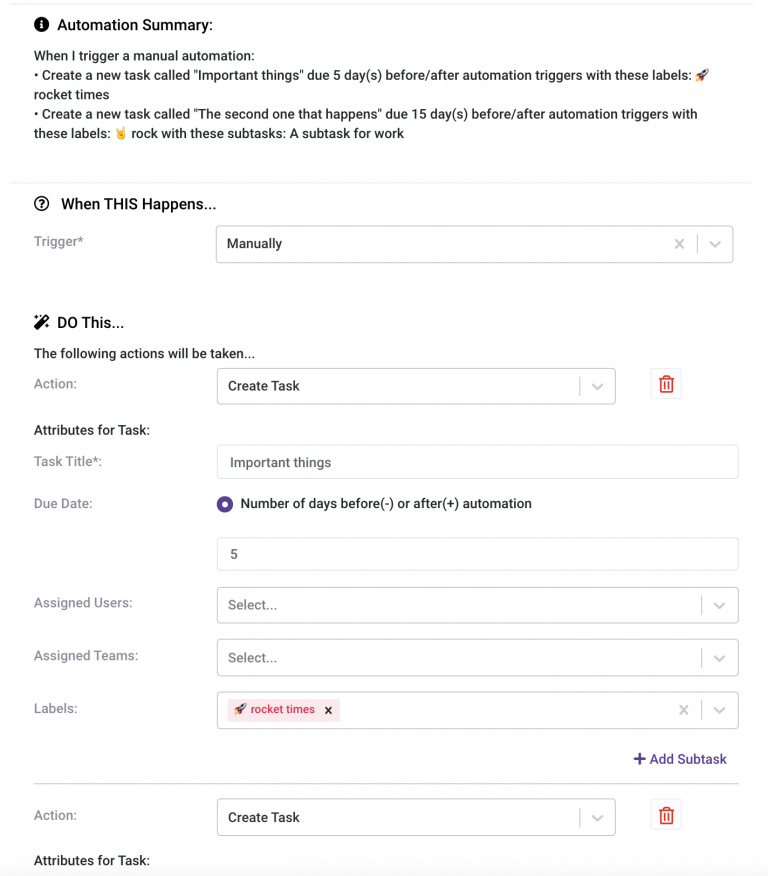 You can also assign users or assign a task to an existing team when creating the automation.

In addition you can create events and send email reminders to users.

Standard automations work similarly and have similar features, but they are tied to a matter type. This is so we know what columns you have, and they trigger based on more universal actions, like dragging a task to done may create a new task assigned to a different user. This lets you quickly build chains or even recurring tasks.

Our automation framework is fairly powerful and flexible, so if there's a particular action or trigger you'd like to see, let us know and if feasible we'll build it in.